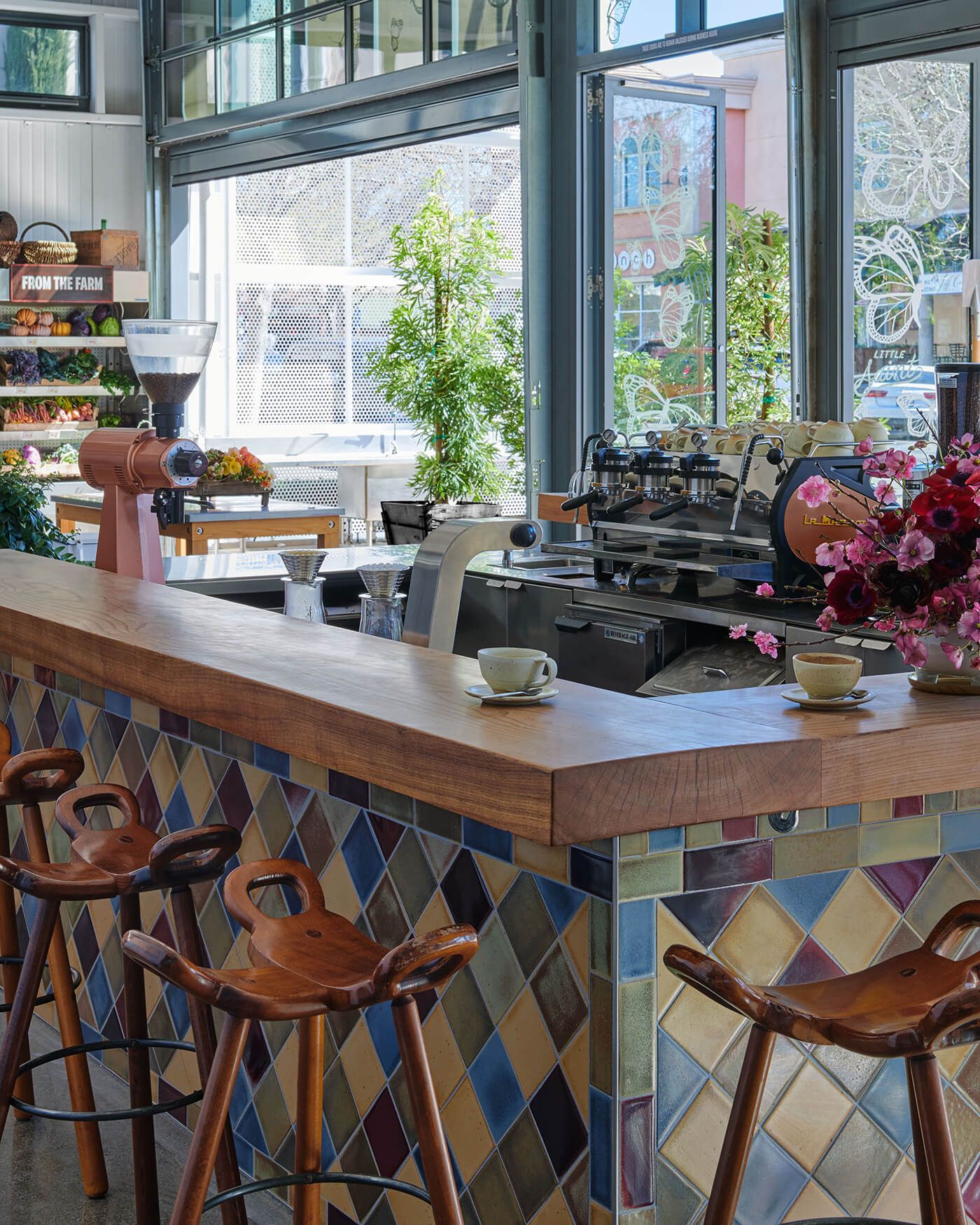 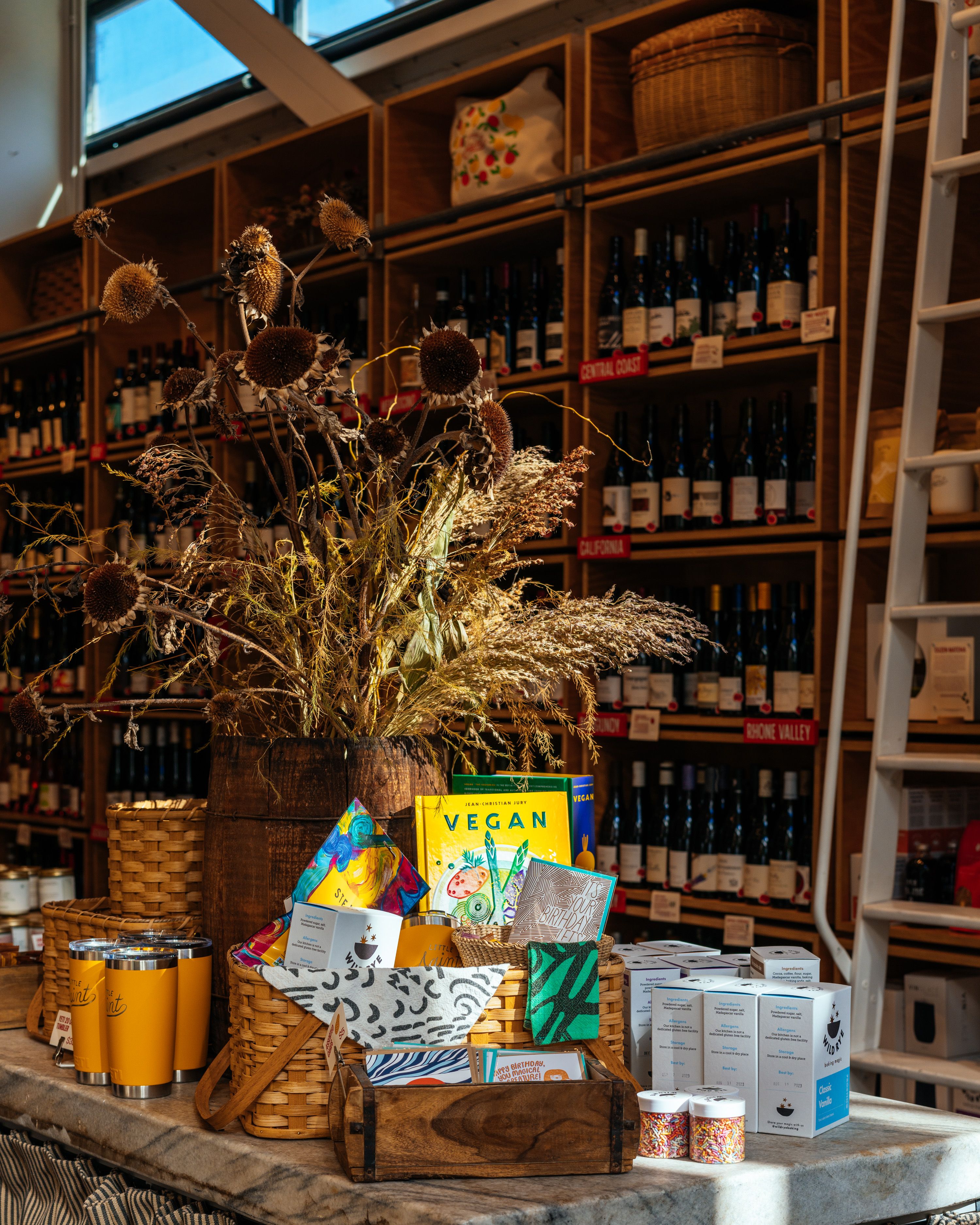 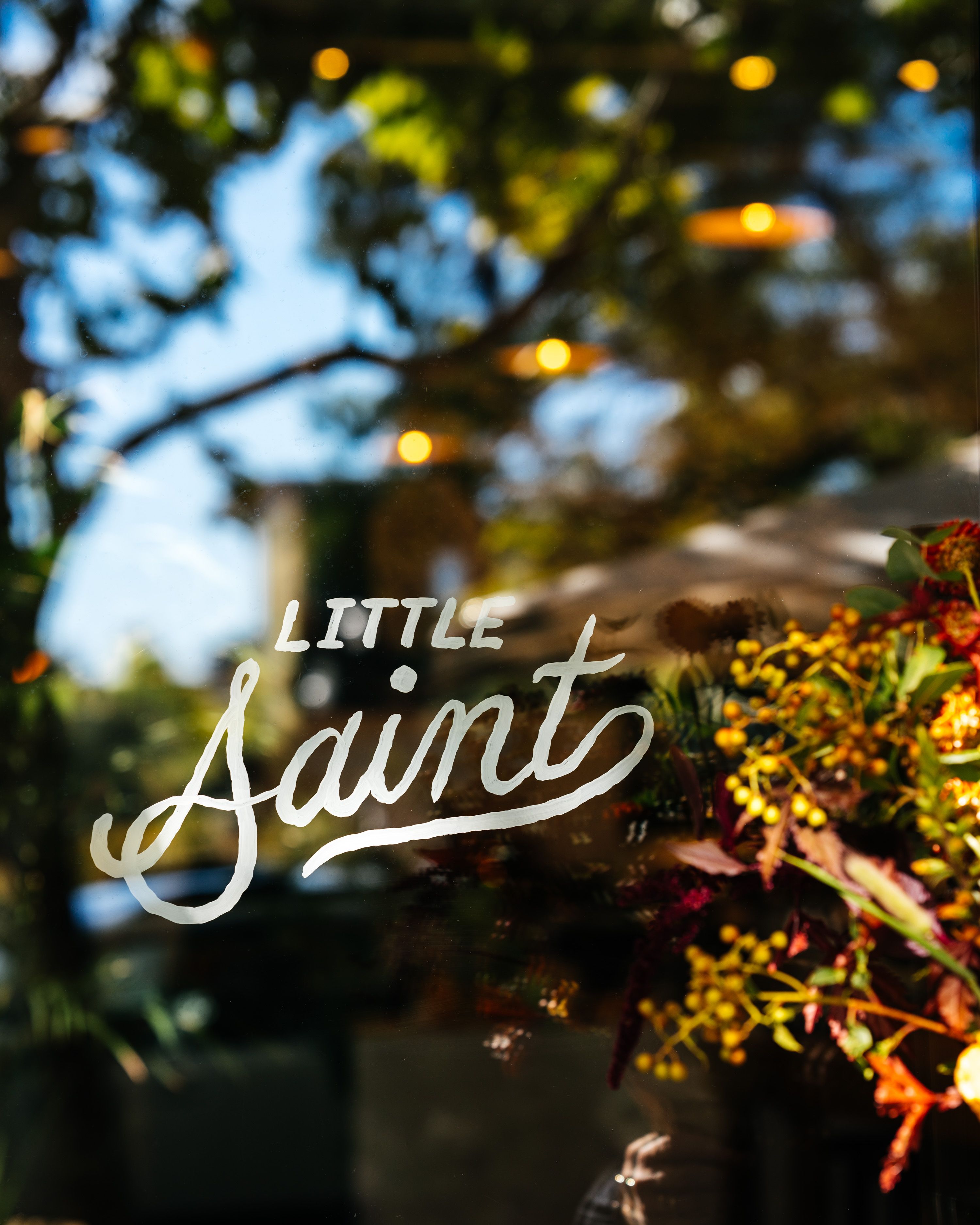 With the shared goal of celebrating local farms and change-makers, Creative Director Ken Fulk and activist/owners Laurie and Jeff Ubben have collaborated with Director Jenny Hess, to build a culinary and creative hub for the community.

Laurie Ubben is a producer, mother, animal lover, introvert, dreamer, and supporter of multiple for- and not-for-profit endeavors. Laurie grew up in Darien, Connecticut, where she attended public high school before earning a BA from Duke University in 1984. She married her college sweetheart 36 years ago, and together they became heavily involved in the business of raising three human beings.

She co-founded the Bird Music School in San Francisco in 2000, which she ran for five years before handing it off to her business partner in order to work on nonprofits in animal rights, the environment, and higher education. In 2017, she was Executive Producer of Loving Vincent, the Academy Award-nominated animated feature.

Laurie finds that every animal she meets—whether up close or from afar—changes, emboldens and enlightens her. Her passion for animals has benefitted Goatlandia, The World Wildlife Fund, San Francisco’s SPCA and Muttville. Laurie has also been involved in such organizations as A.C.T., North Beach Citizens, Youth Speaks, and Bread and Roses. An ardent Francophile, Laurie and her husband bought a farm in Lourmarin, France in 2014, where they produce biodynamic wines and olive oil.

While sheltering in place in Healdsburg, California, Laurie dreamt of an exclusively plant-based restaurant featuring workshops and programming that champion culinary, visual and performing artists, craftspeople, writers, farmers, and environmental stewards of all kinds.

Founder, Managing Partner, and the Portfolio Manager of Inclusive Capital Partners, a highly engaged long-term investment management firm based in San Francisco in pursuit of a healthy planet and the health of its inhabitants.

Jeff is a retired Founder of ValueAct Capital, where he was Chief Executive Officer, Chief Investment Officer, and Portfolio Manager, as well as Founder and Portfolio Manager of the ValueAct Spring Fund. Prior to founding ValueAct Capital in 2000, Jeff was a Managing Partner at Blum Capital Partners for more than five years. He is a director of The Exxon Mobil Corporation, AppHarvest, Enviva Partners, LP, and Nikola Corporation. He is a former director of The AES Corporation, former chairman and director of Martha Stewart Living Omnimedia, Inc., and a former director of Catalina Marketing Corp., Gartner Group, Inc., Mentor Corporation, Misys plc, Sara Lee Corp., Twenty-First Century Fox Inc., Valeant Pharmaceuticals International, Willis Towers Watson plc, and several other public and private companies. In addition, he serves on the boards of Duke University, the World Wildlife Fund and the E.O. Wilson Biodiversity Foundation, and formerly served as Chair of the National Board of the Posse Foundation for nine years. Jeff has a B.A. from Duke University and an M.B.A. from the Kellogg School of Management at Northwestern University.

Ken Fulk is a designer of experiences large and small. He is renowned for his layered interiors, high-concept hospitality brands and unforgettable parties. The Virginia-born designer has spent the last 25 years developing a business by elevating the daily lives of his clients, not only designing their homes, jets, restaurants and hotels but also creative directing birthdays, weddings, dinners, anniversaries and family getaways.

With a team of 80 "Fulkers" in San Francisco and New York, Ken Fulk Inc. has gained international acclaim with widely published residential and hospitality projects from Mexico to Miami and Provence to Provincetown. Fulk has been named to Architectural Digest’s AD 100, Elle Decor’s A-List, Luxe's Gold List and was twice-nominated for a James Beard Design Award.

As co-proprietor and creative director of properties ranging from historic hotels in New Orleans and the Berkshires to New York's Noda and Felix Roasting Co., Fulk has expanded his impact beyond the boundaries of design. In 2018, he founded Saint Joseph’s Arts Foundation, a non-profit dedicated to supporting local artists at revitalized historic landmarks in San Francisco and Provincetown.

Jenny has more than 20 years of experience producing events and forging partnerships with Fortune 500 companies, impactful foundations, prominent individuals, and elected leaders across the globe. Past and present work includes extensive event management and production in the financial services, media, fashion, entertainment, and non-profit sectors. Before her transition to the event marketing arena, Jenny spent 10 years in investment management working in trading and risk management for Credit Suisse, Lazard Freres and Citigroup.

Previous to her "pandemic relocation" to Healdsburg after 30 years in New York City, Jenny was Senior Managing Director, Head of Corporate Events and Global Administration at Guggenheim Partners, where she also headed an internal task force to identify, evaluate, and pursue opportunities for "going green".

Jenny has been a tireless supporter of animal rights organizations including ASPCA, SFSPCA, Animal Haven, BFAS and Muddy Paws and has volunteered with Hot Bread Kitchen, Echoing Green, Robin Hood Foundation, Dress for Success, CEW among others. Since relocating to Healdsburg in 2019, Jenny has been involved with Sonoma Family Meal and Sonoma Land Trust and looks forward to supporting more of the Healdsburg and Sonoma County community.

Little Saint Farm is 5 miles from Little Saint and is a 5-acre property located off Westside Road on the outskirts of Healdsburg. Little Saint Farm is committed to cultivating a biodiverse ecosystem while strengthening our climate resilience. Farmer Samantha Gregory’s no-till practices develop healthy, rich soil-the key to growing ingredients abounding with nutrition and flavor. Much of what guests will enjoy eating in the cafe, larder, and restaurant as well as some of our floral programs will be a product of what is grown on Little Saint Farm. The Little Saint Farm team works directly with SingleThread Farm to create a wholesome offering.

Saint Joseph’s Arts Society, founded by Ken Fulk in 2018, was established to celebrate arts and culture in all forms in the San Francisco Bay Area and beyond. The non-profit arm of the organization, Saint Joseph’s Arts Foundation, is a comprehensive 501(c)(3) cultural organization based in uniquely creative communities, including San Francisco and Provincetown, Massachusetts.

With both in-person and virtual programming available to the public and memberships starting at $50, Saint Joseph’s Arts Foundation presents live performances and curated exhibitions of art from all disciplines, innovative culinary offerings, collaborations with local arts organizations, transportive celebrations and access to local thought leaders and cultural producers.

As a programmatic partner and beneficiary of a portion of Little Saint’s profits, Saint Joseph’s is dedicated to supporting the Healdsburg community by hosting free public programming and cultivating relationships with Sonoma-based artists, arts organizations and cultural producers.